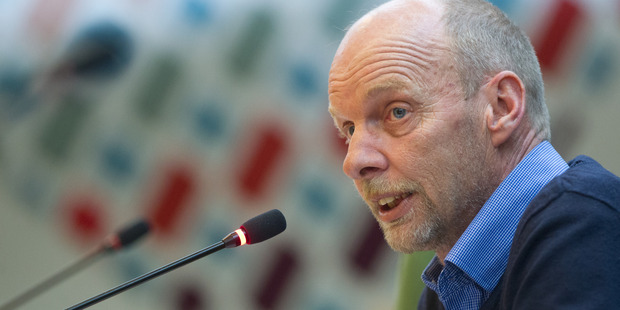 Hearings on submissions on Rotorua Lakes Council’s Ten Year Plan (2015-2025) were held on the 8th and 9th of June. Collective members, Neil Heather and John Butterworth, gave verbal submissions at the hearing, voicing their concerns on what the proposed rates increases would mean for Rotorua farmers.

Dairy farmer John Butterworth said that the rates hike could not come at a worse time for dairy farmers.  “This season is extremely difficult for a lot of dairy farmers financially. So in times like this I reduce spending which is the same tack you as councillors should be taking,” he said.

Neil Heather, drystock farmer and co-chair of the Lake Rotorua Primary Producers Collective, confronted Council on the disproportionate rate increases being proposed i.e. a 19% increase for farmers compared to residential rates up just 6%.  Neil also challenged the way in which farmer rates were calculated as a proportion of total rates because farmers do not use many of the services covered by general rates.

As a result of these submissions and wide scale opposition by other farmers, Councillors voted to amend the ratings framework and cap large rates rises for Rotorua farmers relative to the capital value increase of their properties.  This amendment ties the percentage rates rise to the percentage capital value increase for farmers facing rates hikes of more than $1000.

Neil Heather commended Council for taking note of farmer concerns but was keen to stress the financial implications of high rates increases on farmers. “It’s probably one of the biggest expenses on the farm,” he said.