Muddying the waters of progress 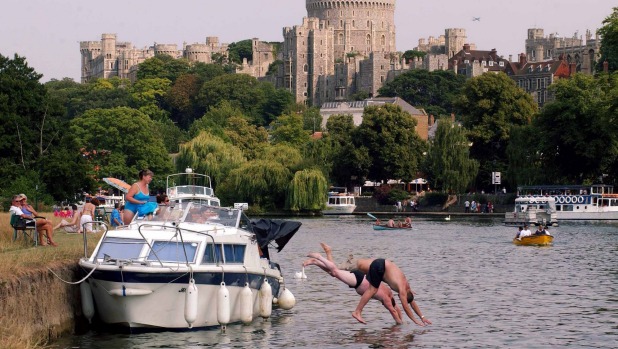 Muddying the waters of progress

The Environment Aotearoa report left it to the reader to interpret the measurements of water quality – and the reader, inevitably, reacted emotively, writes Jacqueline Rowarth.

The quality of water is a matter of perception. Science can measure the concentration of chemicals in water, the sediment load and the presence of bugs.

Science can also develop thresholds of concern, indicators of performance and indices of health, but they aren’t the same as absolutes.

These absolutes – the concentration, load and presence – change according to season and water flow…. resulting in an increasing reliance on models. These are subject to the constraints and assumptions inherent in their development.

The regional councils are working hard to protect waterways so that stakeholders can “use” the water in whatever capacity desired.

And most people (approximately 89 per cent) in New Zealand are satisfied with the quality of water in comparison with the OECD average of 81 per cent.

All these things are possible because of economic development, much of which has been because of agriculture.

Environment Aotearoa 2015, released by the Ministry for the Environment and Statistics New Zealand focuses on measurements of the environment in air, water, soil and sea, and considers potential consequences of changes.

It does not include possible responses to the issues raised: the focus is on environmental reporting as a basis for discussion at local and national level in order to inform policy decisions.

Nor does it include any discussion on relativities. This is not unexpected for a New Zealand report, but puts the burden of interpretation on the reader – and the reader mostly notices “change” and associates “change” with “bad”.

Quality of fresh water occupied the biggest section of the report. The authors state that “Water quality is very good in areas with indigenous vegetation and less intensive use of land, and poorer where there are pressures from urban and agricultural land use”.

Between 1998 and 2013 total nitrogen has increased 12 per cent in rivers and can, in conjunction with sunlight, phosphorus and “lack of flood events” trigger algal blooms.

However, the distance rivers flow through urban environments is distinctly shorter than the distance through pastoral areas: urban rivers are less than 1 per cent of river length whereas agricultural land surrounds almost half of New Zealand’s rivers.

In addition, Escherichia coli concentration was below what is considered to be a problem for wading and boating at 98 per cent of sites. Median E. coli in agricultural areas was less than half that in urban areas but the peak in agricultural areas was higher. Ducks, swans, dogs, cows, sheep and humans cause the problems, and since the 1980s only the population of sheep has decreased.

Animal management systems, such as the use of herd shelters and feed pads, allow manure collection; they also enable animals to be taken off pasture in bad weather, thereby protecting soil from compaction and pasture from damage. Shelters also protect the cows, which is particularly important when temperatures are high.

The focus for many regional councils is, however, whether animal numbers should be restricted or reduced.

The Waikato Regional Council has commissioned a report on the land use and management changes that might be required to achieve water quality targets. The models used also involve possible economic impacts of implementing change.

The models indicate “very large” changes to land management practices and land use will be needed “to meet the legally binding Crown-iwi Vision and Strategy for the Waikato and Waipa, which aims to have them safe to swim in and take food from along their entire length”.

The cost of various scenarios ranging from “no further degradation” to “improving river quality for swimming, taking food and healthy biodiversity” ranged from $1.2 billion to $7.8 billion depending on the degree of improvement in water quality modelled.

This is despite the fact that the Waikato River has one of the lowest nitrate concentrations reported by the OECD.

The Thames in London during this time was consistently over 6 mgN/litre and home to over 120 species of fish. These fish have returned to a river that had been declared biologically dead at Tower Bridge in 1985; the fish returned after industrial and city waste discharge into the river was stopped.

Other indicators are comparable or less good than the Waikato – but Old Father Thames is regarded as “healthy” as indicated by over 120 species of fish.

Water quality is a matter of perception. New Zealand has been settled very recently and the oral tradition means that we can remember what it was like and compare it with now. And change is generally considered to be bad.

Agriculture has enabled economic development which means that most people have access to medical assistance, education and “feel secure”. They can also swim, and take food from most rivers – except where there are high densities of ducks, swans and dogs which are not fenced out of waterways.

Discussion on water quality should consider relativities and alternatives and focus on evidence rather than emotion; perception simply muddies the waters of progress.

Dr Jacqueline Rowarth is Professor of Agribusiness at the University of Waikato.