Gisele Schweizer, the newly elected co-chair of the Collective, is not your typical dairy farmer. She has journeyed a long way to where she is today; both physically from the United Kingdom as well as figuratively from her old life as a lawyer in London.

Born in Manchester England, Gisele moved when quite young from the sprawling metropolis to a small country village in Hampshire. She later moved to London to complete a law degree at ‘Kings College’, London University. She remained in London completing ‘Bar School’ in order to become a barrister. “As a child I had a love of acting and arguing; I was never going to make an actress but I was pretty good at arguing, so law was the next best thing! Seriously though I always had a strong desire to see justice done and have fought hard for what I believe to be right. I believe it is this desire to see the right thing done that drives me today in continuing to fight these battles against unfair and unreasonable rules, on behalf of the Rotorua farming community,” says Gisele.

It was during a break from her career to undertake her OE, that she met her husband Peter in Capetown. Gisele moved to New Zealand in 1995 to join Peter and a year later they were married. She jokes about the timing of Peter’s marriage proposal and how it coincided with his first share-milking job in Matamata and the necessity having of an extra labour unit. 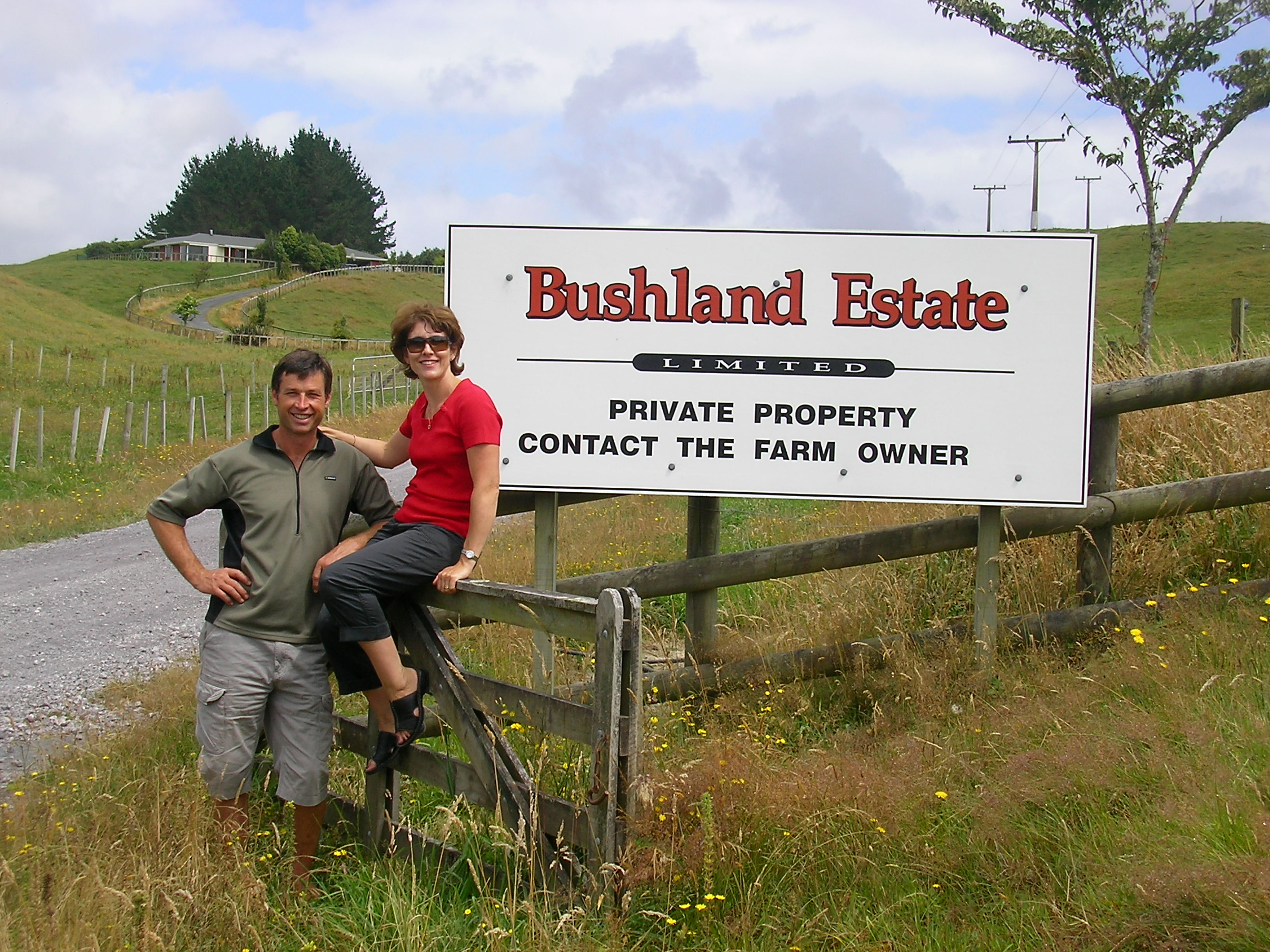 After one year in Matamata and three years in Cambridge, the Schweizers wanted to grow their share-milking business. The opportunity came in the form of a 335 ha sheep and beef property in Kaharoa which the owners wanted to convert to dairy. It took some vision for Peter and Gisele to see the potential of this future dairy farm as it had five paddocks, no infrastructure or facilities and low fertility. However the size, location and beauty of the farm appealed to them. Within six months, the conversion was completed and they began milking 500 cows on 240 ha with the balance of the farm being in retired native bush. Today the farm milks 750 cows with some supporting lease land and produce between 270,000 – 308,000 Kg milk solids.

In February 2005 Peter and Gisele were able to realise a long held dream of farm ownership. Sunnex Farm was up for sale and not wanting to leave their much loved farm, they formed an equity partnership with Mark and Donna Keaney. This enabled the four of them to purchase the farm now known as Bushland Estate Ltd.

Gisele has been very involved with the political issues faced by farmers in the Lake Rotorua Catchment. Her involvement began in 2002 with the notification of Rule 11 and the subsequent multiple submissions and mediation processes. She has also contributed to the critique of targeted rates, Rotorua District Plans and Regional Council Plans and Policy Statements. Gisele represents the Collective on the Stakeholder Advisory Group (StAG), whose mandate is to advise BOPRC on the soon to be notified nitrogen rules that will replace Rule 11. While Gisele has no formal RMA legal training, her analytical skills and legal experience have been hugely beneficial throughout these processes.

Always up for the next challenge, Gisele has enrolled in a Federated Farmers two day leadership course entitled “Advocacy, Influence and Outcomes” aimed at increasing effectiveness in collaborative decision making processes within the agriculture sector. She is really looking forward to this opportunity: “I wish I had done this course years ago as I believe it would have been hugely beneficial throughout the last two years on StAG. But there is still a very long road ahead of us. I’m grateful that Federated Farmers are sponsoring me to do this course. In turn I hope I will be more effective in my role as co-chair and in my dealings with both RDC and BOPRC,” says Gisele.

When asked about her new position as co-chair (alongside Neil Heather) Gisele admits “I am nervous about my new role as I have big boots to fill following on from the amazing job that Stuart Morrison did last year as the sole chairperson. I will be happy if I can get somewhere close to his level of contribution to the farming community.”

As well as undertaking the administrative side of their farming business, Gisele has returned to her ‘day job’ as a criminal lawyer. “Once my children were old enough I was keen to return to my career doing what I love most – criminal defence work. Luckily there is no shortage of that in Rotorua!” During the balance of the hours in the day, Gisele is an enthusiastic committed mother of three very busy boys; Adam 15, Oliver 13 and Leo 11, as well as being a keen snow skier and a highly competitive card player!