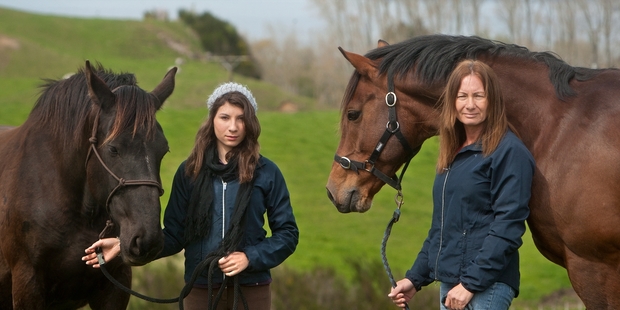 Anger is growing among some of Rotorua’s landowners, who fear proposed new rules will render their lifestyle blocks worthless and have a flow-on effect on the Rotorua economy.

Many in the Lake Rotorua catchment say rules being proposed as part of the Rotorua Te Arawa Lakes Programme will reduce the number of stock they can graze, ruin businesses and impact on all of Rotorua.

But the Bay of Plenty Regional Council says everyone has a part to play in sustaining the lake’s health and landowners will have options other than reducing stock. The regional council is currently consulting on draft rules to limit nitrogen loss from land in the catchment, to reduce the amount of nutrients entering the lake.

While farmers have been involved for some time, in recent weeks owners of lifestyle and smaller blocks have been realising the implications for them.

Regional council water programme policy leader Sarah Omundsen said under the draft rules land users would be allowed to discharge up to 10kg of nitrogen per hectare per year. That equated to approximately one large horse or two small ponies per hectare or approximately one cow or 10 sheep per hectare, she said. To graze more, they would need to apply for resource consent.

Grant Stewart, owner of Oakridge Equestrian in Ngongotaha, said that had “massive implications” for the owners of an estimated 1300 lifestyle properties as well as dairy and sheep farmers, grazers and all of Rotorua.

“Remember this includes businesses, tourism ventures, hunt clubs, pony clubs … anywhere where there’s land and grazing. This also affects everyone in Rotorua, as it will devalue all the affected property and land quite considerably. This flows on to business, employment and most importantly it will just kill the economy of Rotorua.”

Mr Stewart helped spread the word among lifestyle block owners last week, many attending a meeting held by Federated Farmers on Monday to learn more about the plan.

“[The regional council] sent out flyers in the mail, it doesn’t say how it’s going to affect properties directly, it’s just the fluffy stuff [about a clean lake],” he said. “It’s massive and it’s been kept so damn quiet it’s mind-boggling.”

Dr Angela Sharples has a PhD in freshwater lake water quality and advocated for the establishment of the lakes restoration programme.

She also owns a 12-acre (4.8ha) block at Tarukenga, housing between six to eight horses for her children, who compete nationally in showjumping. Her understanding is that under the new rules they can only have three or four horses.

“That means we can’t use our lifestyle block, our children can’t compete. We have entirely lost the use and enjoyment of this property,” she said.

“We wouldn’t be able to sell it and relocate – who is going to buy a property they can’t manage?”

Dr Sharples said her fundamental issues were a lack of information on the scientific basis of the restrictions and nutrient reduction strategies, and a lack of communication around the rules.

Freestyle Sport Horses owner Gina Butterworth said there was a lot of anger and confusion among small block owners.

She and her husband bought their 7.4ha (19 acre) Tauranga Direct Rd property eight years ago to build a stud business, choosing Rotorua over Matamata and Cambridge. They have spent more than $80,000 on the property.

She understands she would have to cut her horses to seven – normally they have 10, sometimes up to 20 during breeding season.

“I am furious,” she said. “I feel like I have just put a match to many years of work.

“Are we really the cause of the nitrogen, where’s the facts? Are there other ways we can achieve this?”

Ms Omundsen said the council had been working with stakeholders for two years and seeking feedback since mid-July with several mail-outs to households within the affected area, radio and print advertising, and a series of public meetings.

“Early in the process, owners of smaller properties highlighted a need for special consultation.

“So we ran a separate campaign specifically for owners of 2ha to 40ha properties, alerting them to the draft rules and asking them to come along to a series of four drop-in days at the council to find out more.”

She acknowledged the rules would have a significant impact on all rural landowners. .

“Nitrogen loss isn’t just from dairy, sheep and beef farms. For example, nitrogen loss associated with large horses can be as high as it is for cattle.

“The expectation is that everyone will need to be a part of the solution, which includes owners of smaller rural properties.”

She said any new rules were unlikely to be in place before 2017.

Rotorua Lakes Collective chairman Stuart Morrison encouraged landowners to provide feedback to the regional council. Rules are open for comment until October 14. Meanwhile, a meeting is being held on Wednesday at 7pm at Ngongotaha Hall for all those interested in the issue.