Stuart and Heather Morrison have been dairy farming in Rotorua for almost 35 years. In this video Stuart talks about how he optimises nitrogen efficiency to maintain profit and reduce nitrogen losses to groundwater.
WATCH MORE VIDEOS IN THIS SERIES
Click on the images below
Video Transcript - Read what was said on video

INTRO
Stuart and Heather Morrison have been dairy farming in Rotorua for almost 35 years. They currently milk 480 cows on 215 hectares, with a further 70 hectares in native bush and forestry. Today Stuart talks about how he optimises nitrogen efficiency to maintain profit and reduce nitrogen losses to groundwater. 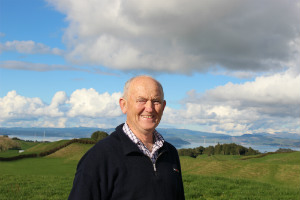 I’ve found that to succeed in farming you need to make sure all the parts of your farm system fit together and you must adapt as you learn. One part that is particularly challenging is nitrogen management. I’ve been working on reducing my nitrogen leaching for 10 years. One way of tackling that is to be efficient as possible with nitrogen use. This means getting the best production for the amount of nitrogen you put in, whether that nitrogen comes from fertiliser, feed or clover. More nitrogen going out in product means also means less nitrogen available for leaching.

We’ve dropped our annual N fertiliser rate from about 150 kilograms a hectare to 100 and we have also dropped our stocking rate. We also crop turnips, import a mix of feeds and winter-off half the herd for 6 to 8 weeks.

The key to making this work well is to maintain a high pasture utilisation rate because grass is the cheapest feed you can get. Due to our lower stocking rate, we need to turn a lot of spring pasture into silage and feed it out later in the season.

We’ve developed our farm with a series of improvements to soil fertility, fence alignment and paddock contour. The re-contouring has been done in association with crop rotations and pasture renewal. It’s one of the little things that adds up to growing more grass at low cost.

Clover is an essential nitrogen input to our farm. Clover content was knocked back by the root weevil but the parasitic control wasp seems to be on top of that now. That’s helped us cut back on fertiliser N.

We’ve just had Glenn from Ballance do the N-Guru analysis for us. 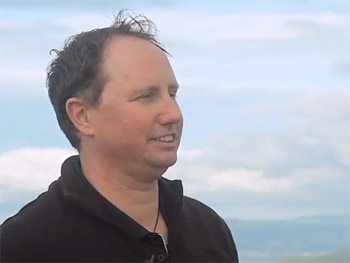 We’re looking for further ways to optimise our farm system through a project with GSL, or Grazing Systems Limited. GSL have modelled several combinations of stocking rate, fertiliser and feed inputs.

I’ve studied cow genetics for many years and have focused on higher productivity kiwi-cross cows with good fertility. More productive cows convert more grass into milk. Our cow empty rate is about 10%, less than the industry average. The lower replacement rate means more of the herd is milking and making you money for the same total inputs. This carries through into greater overall nitrogen efficiency.

The key message is to always be open to new ideas and try the ones suited for your physical farm resources and your management style. It will normally be the a combination of several on-farm actions that helps you get the most profit out of your nitrogen inputs while reducing leaching.

Nitrogen efficiency gains were assessed by comparing Stuart’s current and previous farm systems. An OVERSEER analysis indicates that nitrogen leaching from the dairy business decreased by 17% per hectare. Nitrogen conversion efficiency is the ratio of nitrogen exported in product divided by total nitrogen inputs – this improved from 20% to 27%. FARMAX indicates that profitability increased by 43% per kilogram of nitrogen leached, at a $6 pay-out.

Perrin Ag Consultants modelled annual N losses from a current (2016/17) real dairy farm in the Rotorua catchment and compared it actual N losses from the same farm business before the owner had implemented a suite of system changes to improve N efficiency. The analysis summarises the nutrient savings, impacts on profit and the wider farm system, risks and additional on-farm skills required to implement this good management practice. Key points are: